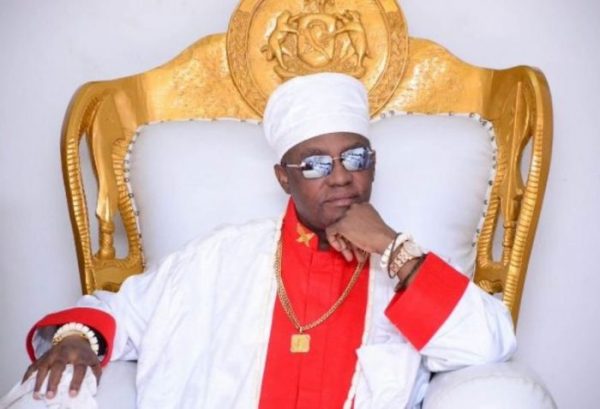 The Centre for Black and African Arts and Civilization (CBAAC), has conferred an award of the 2022 most outstanding traditional ruler on Arts and Culture in Nigeria, on the Oba of Benin, His Royal Majesty, Oba Ewuare II, CFR.

CBAAC is an agency of the Federal Government of Nigeria.

The prestigious award would be formally conferred on the Monarch in December, 2022, at the 45th anniversary of the Second Festival of Black Arts and Culture (FESTAC) and the Benin cultural heritage Benin warrior Queen Idia mask, which was adopted as the official emblem of FESTAC 77.

The Chief Press Secretary to the Oba of Benin, Osaigbovo Iguobaro, disclosed that the Director-General of CBAAC, Ms. Oluwabunmi Ayobami Amao, announced the conferment of the award when she paid a courtesy visit to the Oba in Benin City, on Sunday.

According to the statement, Amao explained that CBAAC, is the sole custodian of all the materials and other cultural collections used during the second world FESTAC hosted in Lagos, Nigeria in 1977.

She added that the agency has carefully followed the very beautiful track record of Oba Ewuare whose impact is not only felt in Nigeria, but internationally in upholding the values and tradition of the Benin Kingdom over the years.

She added that members of the Diplomatic Corps in Nigeria will attend the event which will feature cultural parade, arts craft antiquity exhibition, dance performances and poetry.

Amao cited the immersed role of His Majesty’s overall protection, preservation and promotion of African Culture as the reason for the recognition.

“Accordingly, I wish to inform your Majesty of your recognition by the Centre for the honour.

“In recognition of the Benin traditional institution and as the birthplace of the emblem of ‘FESTAC, 77’, we are here to seek your Majesty’s support and prayers for the overall success of the programme,” Amao said.

In his acceptance speech, Oba Ewuare II, commended the federal government for the recognition.

He declared that as a direct descendant of Queen Idia N’Iyesigie, he will support the Centre and continue to build on the legacies of his forebears.