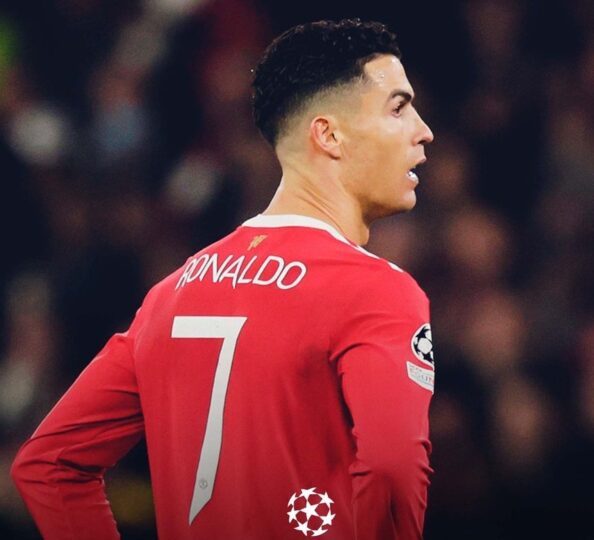 Manchester United have asked Cristiano Ronaldo to leave the club immediately, after his contract has been terminated by mutual consent.

A statement from the club on Tuesday said Cristiano Ronaldo is to leave Manchester United by mutual agreement, with immediate effect.

The club thanked Ronaldo for his contribution across his two spells at Old Trafford.

“The club thanks him for his immense contribution across two spells at Old Trafford, scoring 145 goals in 346 appearances, and wishes him and his family well for the future.

“Everyone at Manchester United remains focused on continuing the team’s progress under Erik ten Hag and working together to deliver success on the pitch,” the club said.

Ronaldo has been at loggerhead with Manchester United after he said he has been betrayed by the club in an interview he granted a TV station.

Ronaldo said he felt “betrayed” by United and claimed no progress had been made by the club since Alex Ferguson’s departure in 2013.

United subsequently responded with a statement, noting the interview and vowed to reply “after the full facts have been established”.

The 37-year-old on Monday stated his focus will be fully on playing for Portugal in Qatar ahead of their Group H opener against Ghana on November 24.