Manchester United 'a better buy' than Liverpool for investors - Neville 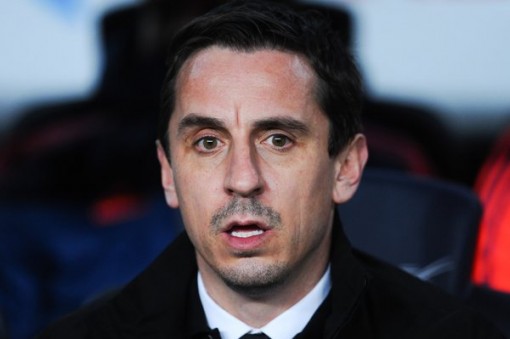 Manchester United “are a better buy” than Liverpool for potential investors and will generate more interest, according to former Red Devils defender Gary Neville.

England’s two most successful clubs are on the market, with United and Liverpool’s American owners open to offers.

The Glazer family have been in charge of United since 2005, while fellow Americans Fenway Sports Group have owned Liverpool since 2010.

Liverpool may have enjoyed far greater success than United over the past decade, but Neville insists his former side will be considered the more attractive club to purchase.

“I don’t want to be disrespectful to Liverpool at all because they’re a massive football club,” Neville told Sky Sports.

“When you look at the height of English football when it comes to viewing figures, fans, and commercial revenues – it’s Manchester United and Liverpool at the very top.

“Forget Manchester City at this moment in time create a higher revenue. Through traditional means, United and Liverpool are the two biggest clubs in the country by a mile.

“United will be more sought after and will fetch a higher price than Liverpool. Unless Liverpool have got something sorted, I think they’re going to have to wait a little bit.

“I think the buyers will go to Manchester United first – unless there’s a Liverpool fan who is very wealthy somewhere and has an allegiance to Liverpool.

United are valued by Forbes at $4.6billion (£3.8bn), while Liverpool are valued at $4.45bn (£3.68bn), and Neville is adamant they can continue to generate more income.

“Liverpool are in a better position on and off the pitch at the moment, but you can’t deny the scale of United,” said Neville, who made more than 600 appearances for United.

“When you look at commercial revenues, Manchester United as an asset are a better buy.