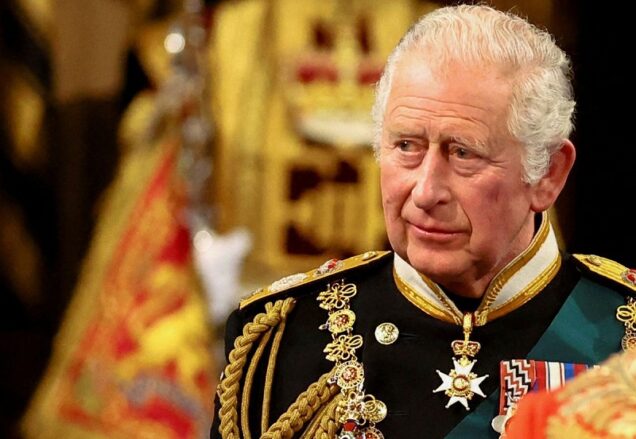 Celebrations for King Charles III’s coronation will include a balcony appearance at Buckingham Palace, a concert featuring global stars, and a day of volunteering.

The palace has released new information about the events planned for the coronation weekend, which runs from Saturday, May 6 to Monday, May 8.

On Saturday morning, the archbishop of Canterbury will conduct the coronation of the king and queen consort at Westminster Abbey.

The palace describes it as “a solemn religious service as well as an occasion for celebration and pageantry.”

The service will “reflect the monarch’s role today and look ahead, while remaining rooted in longstanding traditions and pageantry.”

After the service, Charles and Camilla will return to Buckingham Palace in a larger ceremonial procession known as “the coronation procession,” joined by other members of the royal family.

Charles and Camilla will be joined on the balcony of the palace by family members to conclude the day’s ceremonial events.

The palace has not specified which members of the royal family will appear in the coronation procession or on the balcony.

Global music icons and contemporary stars will descend on Windsor Castle for the coronation concert, which will be broadcast live on the BBC.

Several thousand members of the public will be chosen for a pair of free tickets via a national ballot conducted by the BBC.

Volunteers from the king and queen consort’s charity affiliations will also be in the audience.

According to the palace, the show will include a world-class orchestra performing interpretations of musical favourites, as well as “some of the world’s biggest entertainers, alongside performers from the world of dance”.

The performances will be accompanied by staging and effects on the castle’s east lawn, as well as a selection of spoken word sequences delivered by stage and screen stars.

A new documentary exploring the formation of The Coronation Choir will tell the stories of the people representing the many faces and voices of the country.

The Coronation Choir will appear alongside The Virtual Choir, made up of singers from across the Commonwealth, for a special performance on the night.

The palace said the centrepiece of the coronation concert, dubbed “lighting up the nation,” will see the country join together in celebration as landmarks across the UK are lit up using projections, lasers, drone displays and illuminations.

Meanwhile, people are invited to gather for a “coronation big lunch” on Sunday, overseen and organised by the Big Lunch team at the Eden Project.

In honour of the king’s public service, the palace stated that the large donation “will encourage people to try volunteering for themselves and join the work being undertaken to support their local areas.”

The aim of the day is to use volunteering to bring communities together and create a lasting volunteering legacy from the coronation weekend.

Tens of thousands of people are expected to visit London to experience the coronation.

Arrangements for the coronation, like those for Queen Elizabeth II’s funeral in September, will be diplomatically sensitive, given the likely presence of leaders from scores of different countries.