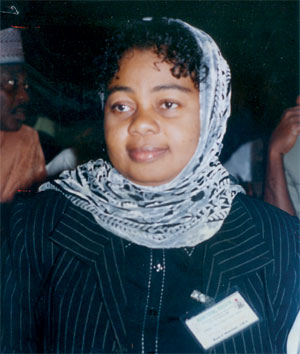 Following Nigeriaâ€™s Falconetsâ€™ qualification to the semi-finals of the U-20 Womenâ€™s World Cup in Germany, former NFF board member, Alhaja Ayo Omidiran, has expressed delight that the girls have been able to break their quarter final jinx.

Omidiran revealed in an interview with brilafm.net that she is now very optimistic the girls can go all the way to lift the trophy.

â€œI cannot describe how happy I am because we have been able to break that jinx of leaving this competition at the quarter final stage. Now that we have moved to the semi-final, I want more from the girls, which I believe they are capable of doing,â€ said the owner of the defunct Omidiran Babes of Oshogbo.

â€œI want more, I want us to win the cup now and I believe it is very possible,â€ she declared.

The second semi-final has a novel look to it, with debutants Colombia meeting tournament regulars Nigeria for the first time in womenâ€™s football this evening.

The Falconets, who will be making their first ever semi-final appearance, have a spring in their step after seeing off reigning champions USA on penalties in the previous round, and see no reason now why they cannot go all the way.

Colombia, for their part, will be hoping their remarkable progress at Germany 2010 gives a substantial lift to the womenâ€™s game in their homeland. Runners-up to the hosts in Group A, Ricardo Rozoâ€™s side then proved too tactically astute for Sweden in the last eight. Having defied the odds all the way, Las Cafeteras will not want to miss their chance to make history.