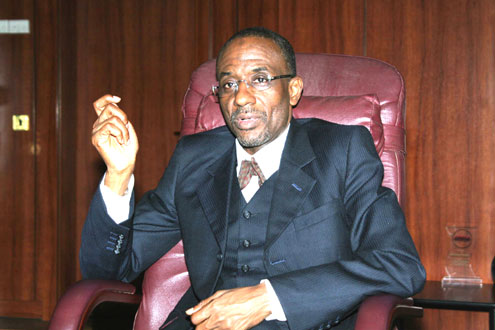 Parading the suspect in Katsina on Monday, the Police Commissioner, Alhaji Sabo RingimÂ  said the suspect was apprehended in Lagos following a tip-off.

He said the suspect, who established the company in Katsina in February, persuaded peopleÂ  to invest in it to enable them to obtain 70 per cent interest on their investments.

â€œConsequently, people invested their money with the hope of realising the interest, butÂ  the management of the company suddenly disappeared into thin air.

â€œImmediately the report got to us, we swung into action and tracked him down,â€œ he said.

Ringim said some of the items recovered from the suspects included a Toyota car, twoÂ  locally-made guns, six machetes, sticks, axes and pinchers as well as a mobile phone,Â  among others.

The commissioner said that as soon as the police concluded its investigations, theÂ  suspects would be charged to court.