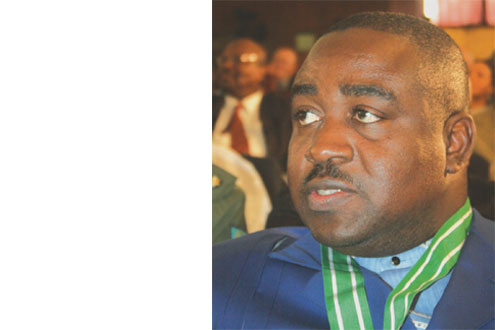 Threats to Governor Gabriel Suswam’s second term ambition appears to be multiplying by the minute.

The embattled Governor who is yet to come to terms with the growing popularity of the Action Congress of Nigeria, ACN, in the state and the massive defection of former chieftains of his party, the Peoples Democratic Party, to the ACN, has been confronted by another potential threat capable of truncating his ambition.

A fellow party member has dragged the Governor, alongside the West Africa Examination Council and the Peoples Democratic PartyÂ  before a Federal High Court sitting in Abuja over Governor Suswamâ€™s educational qualification.

The plaintiff, Mr. Terver Kakih, a governorsÂ  aspirant under the platform of the Peoples Democratic Party instituted the suit following an ongoing case before an Abuja Magistrate’s Court whose subject matter is the controversial WAEC result with which Suswam got into office in 2007.

Governor Suswam had petitioned the Inspector General of Police over a report in a Benue State-based newspaper, Power Steering, that the governor does not possess a valid WAEC result.

The petition formed the basis of the ongoing proceedings at the Abuja Magistrate’s Court.

In the suit before the Federal High Court, Mr. Kakih is asking the court to compel the examination body to come and certify the position of the GCE result which Governor Suswam tendered to the Independent National Electoral Commission in fulfilment of the constitutional requirement to contest for the office of the Governor of Benue State.

In the 39-paragraph affidavit deposed to by Mr. Kakih, he averredÂ  that theÂ  West African Examination Council â€œis the statutory body charged with the responsibility of conducting, grading and issuing certificates for Ordinary and Advanced levels of General Certificate of Education GCE in West Africa, Nigeria inclusive.”

And thatÂ  Gaberiel Suswam â€œwho is also the current Governor of Benue State who alongside the Plaintiff contest the PDP governorship primary held on 9 January 2011, used the intimidating influence of the state to foist himself on the PDP and picked the party’s nomination to contest for office of governor for a second term in the forthcoming elections but whom the Plaintiff verily believes is not qualified to contest the same election having presented a forged certificate to PDP for screening and qualification to contest the said election.”

Kakih further averred that â€œin the forms designed by the party for aspirants, there are requirements to be completed to render the form valid for consideration before each aspirant is cleared to contest for the office in which he has expressed interest. The form also requires each Aspirant to swear an oath in verification of the facts contained in the nomination form.”

He also averred that â€œone of the information which an aspirant is required to swear to an Oath on and verify is possession of requisite educational qualification which will entitle the aspirant, under the Constitution of the Federal Republic of Nigeria, to hold the office of a governor and to substantiate the requirement of educational qualification, an Aspirant must attach to his Party nomination form, copies of his certificates issued by the relevant educational institutions or examination bodies charged with issuing such certificates.â€

The plaintiff also averred that he and Governor Suswam submitted their educational qualifying certificates to the party and were both invited for screening and cleared to contest at the party primary to elect the flag bearer who will contest the governorship election in Benue State in the 2011 general election on the platform of the Peoples Democratic Party.”

Against this back drop, Mr. Kakih is asking the court for the following reliefs: â€œAn order of interlocutory injunction restraining the party and INEC, from recognising or continuing to recognise the name of Suswam submitted to the electoral umpire as the candidate of the PDP for the governorship election in Benue State, pending the hearing and determination of the substantive suit.

â€œAn order of interlocutory mandatory injunction compelling INEC to stay action on the processing or assessing and documenting the nomination papers of Governor Suswam as submitted to it by the PDP, and from preparing same for the purpose of includingÂ  Suswam in the ballot papers as a candidate of the PDP in the forthcoming 2011 governorship election for the office of governor of Benue State pending the determination of the substantive suit.

â€œAn order of interlocutory injunction compelling the electoral body to keep open and extant the slot of the PDP as one of the political parties entitled to contest, sponsor a candidate, and have its names and logo (symbol) on the ballot paper for use in the general election 2011 for the office of the Governor of Benue State pending the hearing and determination of the substantive suit herein.