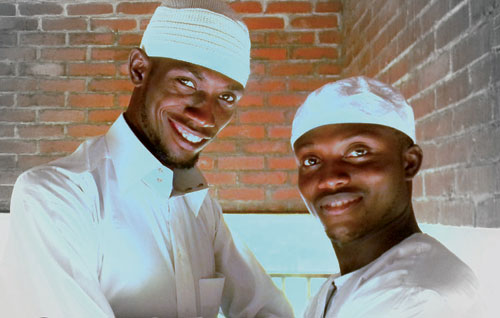 The Crescents, a duo of Islamic artiste brothers also called An-Nasheed, Qozeem Kelani a.k.a. Abu Khalidah and Wonuola Tajudeen a.k.a. Sogheer, is set to debut with a new album titled We Need You.

According to Abu Khalidah, â€œAn-Nasheed is a new genre of music that consists of songs in English, Arabic and Yoruba languages.â€

â€œThe eight tracker,â€ he continued, â€œis aimed at educating Muslims and non-Muslims on the emergence of decadence and immorality in the music industry.â€

Khalidah is a graduate of Economics from Bowen University, Iwo, Osun State, while Sogheer is currently a student of Lagos State Polytechnic, studying Mass Communication.

The group has performed at the Lagos State House of Assembly, Whisper of Peace Eidfest, LTV/MICA Eidfest, the Babs Salam Orphanage and will be participating in the Praise HIM Africa, an inspirational music talent hunt show, as the only Muslim contestant hosted by HITV, STV and other organisations later in the year.