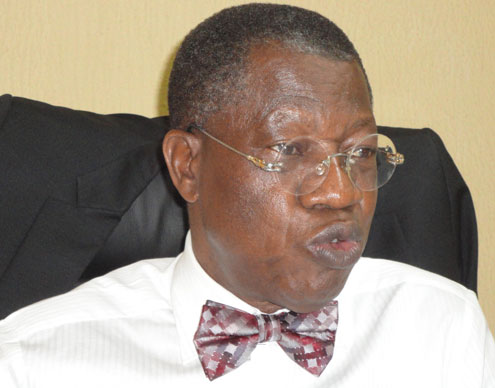 The Action Congress of Nigeria (ACN) has said it welcomes whatever reasonable measures President Goodluck Jonathan takes to put an end to the needless loss of lives and the overheating of the polity, but warned that a state of emergency can only address the symptoms rather than the root causes of the current security crisis facing the nation.

Reacting to the President’s imposition of a State of Emergency in certain parts of the country, the party said in a statement by its National Publicity Secretary, Alhaji Lai

Mohammed, in Lagos on Sunday that a more fundamental solution must be found to the crisis to ensure lasting peace.

It said with the gravity of the crisis, it is now clear that it would be futile to leave the search for the solution to the President and the PDP, both of whom have proved that they lack the wherewithal to end the crisis on their own.

”All stakeholders, including religious, political and traditional leaders as well as civil society organisations must come together to help fashion out a lasting solution. Our party, on its part, is ever ready to contribute its quota in this regard, if and when called upon.

”We also believe that our elder statesmen, the past heads of state, have a great role to play. Though they may have acted individually on this, it is imperative that they work in unison to help end the crisis, which is threatening our democracy and indeed the very survival of our nation. If we all fail to act now, no one will be spared of the consequences, irrespective of their party affiliation or religious leaning,” ACN said.

The party said while the imposition of a state of emergency may seem to be a natural course of action to take at this time, it must be followed by a robust engagement, wider consultations, dialogue and measures to address the grievances of those perpetrating the violence.

”As we have said in our earlier statements, this process can start with the convening of a national stakeholders’ security summit that will involve the major stakeholders. The summit will help fashion out a road-map for ending the crisis, which we don’t have to live with anyway, no matter the thinking at the highest echelon of government,” it said.

ACN said the state of emergency has its limitations, in that it will simply result in more militarisation of the affected areas, more road blocks and constricting the civil liberties of the people, adding that unless more far-reaching measures are adopted, the perpetrators of the crisis will simply leave the affected areas and move to other areas to continue their dastardly act.

”It is like the way armed robberies have continued despite the numerous road blocks dotting the country. The robbers simply avoid the road blocks on their way to carrying out their nefarious activities. A state of emergency, therefore, is a palliative measure. We must fashion out a lasting solution now. We don’t have to wait until the entire country is put under emergency rule.

”It is clear that the perpetrators of the violence believe they have grievances against the state, at whatever level. As unreasonable as this may seem in certain quarters, the truth is that unless these grievances are largely addressed, we will remain in the woods,” the party said.