I Will Coach D’Tigers Someday 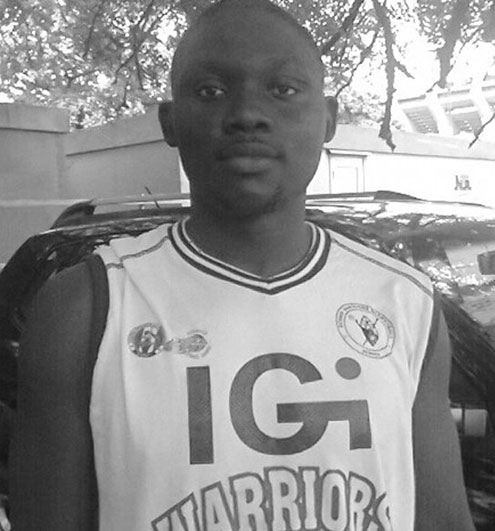 Edwin Jerry is the captain of Dodan Warriors club of Lagos, which currently top the DSTV premier league. In this interview, the 19-years old player, who have been playing for Dodan Warriors right from the cadet, talks about their target for this season, the impact of the new players brought into the team and his future aspiration.

What is your impression of the league so far this season?

The league has been very competitive and interesting this season. No one is sure of the top four teams that will qualify for the Super 8 from the Atlantic conference. Unlike former seasons when teams can easily beat their chest of making it to the Super 8.

How would you describe your team’s explosive form this season, as you guys have won all the matches you’ve played?

Well, I think it boils down to our hardwork and determination not to end this season without a trophy. I just hope we will keep up the pressure on our subsequent opponents and at the end of the day, God will crown our effort with the league trophy.

What is the impact of the new players brought into your team on your performance this season?

The likes of Akita and Bright from Bauchi Nets, Solomon from Yelwa Hawks and Mike from Benin Republic have really contributed a lot to our winning streak this season. They were all top players in their former clubs and since they got into our team they have really showed their class and it reflected in the results of our matches and where we are on the league table.

Importantly, we have been able to gel as a team with the help of our coaches and the proprietor, Col. Sam Ahmedu.

After you finished in the third position last season, what is your team’s target this season?

As captain of Dodan Warriors, don’t you think that your leadership position would put more pressure on you, considering your age?

Absolutely no. For your information, I was the captain of the Dodan Warriors cadet team for so many years and I also led the Nigerian junior team to the World Championship in Egypt. I think being the captain of my club would rather bring out the best in me when I get on the court. My hope is that someday I would be called upon to captain the senior national team of Nigeria and be the head coach later in my career.

Talking about the senior national team, D’Tigers, do you think they can qualify for the Olympic Games in London?

I think it is going to be a tough one because D’Tigers are in a tough group and will be competing among some of the best teams in the world.

However, I believe with adequate preparation and dedication from Nigerian players the team can shock the world and qualify for London Games.