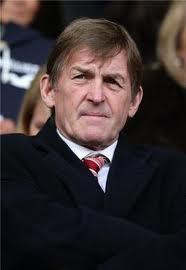 Kenny Dalglish left his post as Liverpool manager on Wednesday, according to media reports.

The 61-year-old Scot led Liverpool to League Cup success and the FA Cup final in his second stint in charge, but he came under pressure after his side finished eighth in the Premier League, 37 points behind champions Manchester City.

It was seen as a poor return on the millions spent on new players last summer, while Dalglish was also criticised for defending Luis Suarez after the Liverpool striker was found guilty of racially abusing Manchester United’s Patrice Evra.

Dalglish flew to the United States on Sunday to present his end-of-season review to principal owner John Henry and chairman Tom Werner, who had only last month given the Liverpool legend his backing.

Indeed, Dalglish’s position seemed to have been strengthened when French director of football Damien Comolli abruptly left the club on April 12, having apparently taken the blame for Liverpool’s poor results.

Dalglish and Comolli had come under the spotlight for the perceived failures of big-money signings Andy Carroll (£35 million; $56m), Stewart Downing (£20m) and Jordan Henderson (£16m).

Liverpool fans were not happy either that in finishing eighth they ended the season below city rivals Everton, who operate on a shoestring budget by comparison.