Yemi Shodimu Back On Air 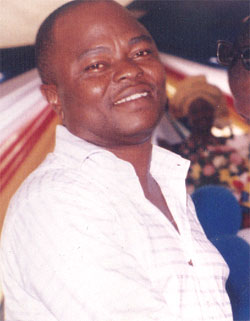 Speaking with P.M.Enstertainment, Yemi hinted that he is back on air at Rainbow 94.1 FM with an all encompassing bi-lingual programme called Niger Cruise.

He disclosed that Niger Cruise, a two-hour light chit-chat programme holds from Monday to Thursday.

The Ikija, Ogun State-born compere added that the show is basically designed to appreciate and celebrate Nigeria’s evergreen music, living music legends and veterans across all genres of music.

Shodimu rested his Ajaloleru and Gbarada on Radio Lagos and Lagos Television respectively due to his busy schedules when he became Senior Special Adviser on Information and Strategy to Governor Gbenga Daniel between 2006 and 2011.