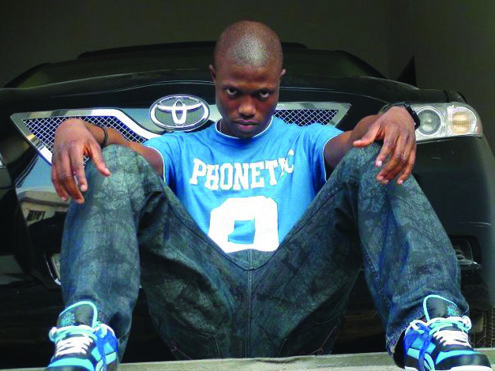 Since rap sensation, Vector the Viper dropped his sophomore album, The Second Coming, he has been on a steady rise to the top.

The Second Coming features international dancehall star, Mavado and rising producer, Del B. Since his debut in 2010, Vector has grown to become one of the most prominent rappers in the Nigerian music industry.

Some of his successful works include Get Down, featuring 2Face Idibia and hit single Angeli, featuring 9ice. Vector’s sophomore album has showcased him at his finest.

Songs like Angeli, Mr. Vector, We Are Made Oh and many more features predominantly in the album. With a highly successful second album, Vector has quickly become Nigeria’s most featured rapper because of his versatility, ability to compose rhymes that appeal both to the rap and mainstream crowds.

Other works of Vector include his mixtape, Bar-Racks released in August 2012. The mixtape had the single Wasted and it became one of the hottest in the country for several months. The video of his international collaboration Born Leader, featuring Mavado, which was shot in Miami and directed by Antwan Smith speaks volume till date.

These are definitely good times for this rapper, as his growth from being a mere rapper to a rap sensation have not only been noticed by both lovers of good music, but by international award organizers. Recently Vector bagged the Nigerian Music Video Awards (NMVA) in the Best Mainstream Hip Hop Video category with the song Get Down.

He also won the Best Rap Act at the Nigerian Entertainment Awards (NEA) 2012.