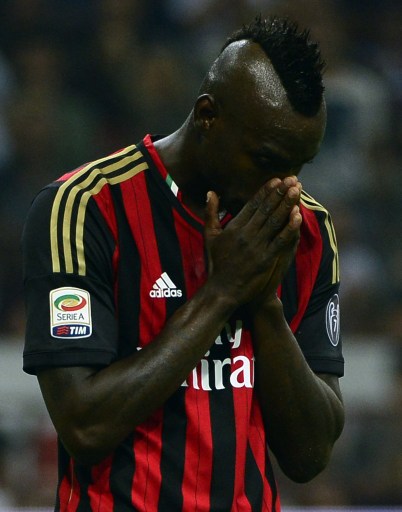 Mario Balotelli’s successful streak of penalties was ended at 21 on Sunday when the Milan striker saw his spot-kick saved by Napoli ‘keeper Pepe Reina.

Trailing 2-0 at the San Siro, Balotelli won the chance to reduce the arrears for the Rossoneri on the hour only to see former Liverpool ‘keeper Reina dive to his right to parry.

Balotelli held his head in his hands and despite the former Manchester City striker scoring in injury time Napoli, 2-1 winners, went on to secure their first win against Milan at the San Siro in 27 years. 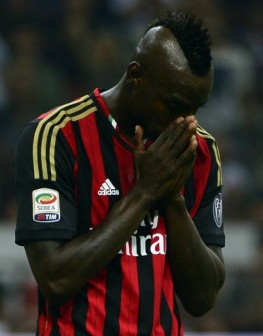 Their last away win against the Rossoneri came in April 1986 when Napoli boasted the talents of Argentine legend Diego Maradona.

It proved to be Balotelli’s first professional miss from the spot.

Previously, ‘Super Mario’ had scored one penalty for Inter, eight for Manchester City, seven for AC Milan and three for Italy. He has also scored two penalties during shoot-outs — one apiece for Inter and Italy.

Balotelli’s night ended on a low note when he saw red after being shown a second yellow card, for dissent, shortly after the full-time whistle.