Tennis: Djokovic, Serena Through To Quarters In China 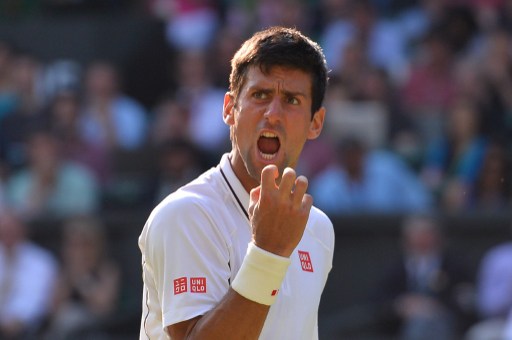 Novak Djokovic remained on course to reclaim his China Open title as he progressed to the quarter-finals Thursday, while women’s top seed Serena Williams also edged into the last eight.

Djokovic’s status as the world number one men’s player is under threat from the second seed in Beijing, Rafael Nadal, who has already made it to the last eight, and only needs to reach the final to claim the top spot.

Djokovic took the first set of his second round match with relative ease, but his unbeaten run in Beijing stretching back to 2009 looked to be in danger when his Spanish opponent took the second set 6-2.

He started brightly in the third, breaking Verdasco at the first attempt to race to a 3-0 lead and again in the final game.

Djokovic, who followed up wins in 2009 and 2010 with victory over Jo-Wilfried Tsonga in last year’s final, faces Sam Querrey in the next round.

The American dumped out the tournament’s sixth seed Stanislas Warwinka 6-3, 7-6(7/2) in their second-round match at Beijing’s National Tennis Centre.

In the women’s tournament, world number one Serena Williams was forced to summon extra strength at the end of each of her two sets as her Russian opponent became increasingly aggressive.

Kirilenko was poised to claim the first set at 40-0 up with the score at 5-4 in her favour, but after missing three set points, Williams stepped up a gear to overturn the scoreline.

The top seed was also forced to come from behind in the second set, with Kirilenko, a former winner in Beijing in 2005, leading 4-3. But Williams then broke Kirilenko’s serve before closing in on victory in the third-round match.

It was the second unconvincing victory in Beijing for Williams, who only showed rare moments of her trademark power-play when she overcame Italian Francesca Schiavone 6-4, 7-5 in her second-round match.

In the quarter-finals, Williams will play on Friday against either Sloane Stephens or Caroline Wozniacki, who clash on Thursday evening.

“Whoever I play it will be a tough match,” Williams said, adding she would have to “pick up my level”.

Williams appeared to be uncomfortable at times on the court, but said she had not picked up any injuries.

“I have little aches everywhere, but I’m feeling okay,” she said.

“Really happy to get through this match and get off the court. I have the rest of the day to recover and fix everything. So I’m looking forward to that.”

The German had dumped out previous Beijing champions Svetlana Kuznetsova and Victoria Azarenka in the opening rounds.

The China Open will reach its climax on October 6.