Uruguay to sell marijuana next year 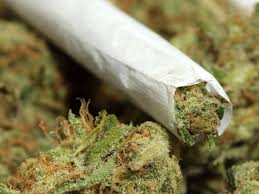 MONTEVIDEO (AFP) – Uruguay is planning to start selling marijuana legally next year, a top official said, though the Senate must approve the proposed legislation.

The country is hoping to act as a potential test case for an idea slowly gaining steam across Latin America — that the legalization and regulation of some drugs could sap the cartel violence devastating much of the region.

The state “will provide a safe place to buy, a good quality product and, moreover, will sell at a standard price.”

The government proposes to sell marijuana for $1 a gram, slightly below the current market rate that runs about 30 pesos ($1.40) a gram.

By putting the government in charge of the marijuana industry, which is estimated to be worth $30 million to $40 million a year, the plan aims to curtail illegal trafficking and the violence that comes with it.

The proposed law would allow people to cultivate up to six cannabis plants for their own use, belong to a membership club that could grow up to 99 plants, or buy the drug at pharmacies, with a limit of 40 grams a month per person.

In August, the bill, which is backed by President Jose Mujica’s leftist government, was passed by the lower house of Uruguay’s legislature.

It now awaits action by the Senate.

There are still legislative hurdles to overcome, including allocating money to pay a new director for the Institute for the Regulation and Control of Cannabis, which wasn’t included in this year’s budget.

Opposition parties have also fought against the idea and a poll released over the summer found 63 percent of Uruguayans were against it.

Many opponents fear the legalization of cannabis would turn Uruguay into a pot tourism hub and encourage the use of stronger drugs.

But it was argued that the current policies have failed and estimates Uruguay, a small country with just 3.3 million people, spends upwards of $80 million a year on combating drugs but seizes just $4 million to $5 million worth of contraband.

The legality of cannabis for general or recreational use varies from country to country. Possession of cannabis is illegal in most countries, and has been since the beginning of widespread cannabis prohibition in the late 1930s. However, many countries have decriminalized the possession of small quantities of cannabis, particularly in North America, South America, and Europe.

Furthermore, possession is legal or effectively legal in the Netherlands, North Korea, and the U.S. states of Washington and Colorado. On 28 May 2013, Colorado became the world’s first fully regulated recreational cannabis market for adults.

A larger number of countries have decriminalized or legalized cannabis for medical purposes.