Another American insults Nigerians over Obamacare 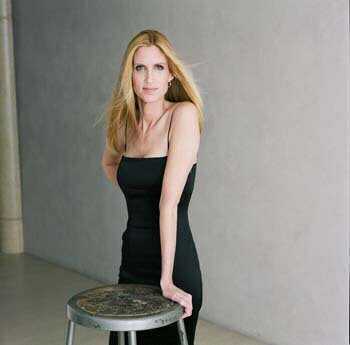 It seems President Barack Obama haters in the US love picking Nigerians as soft targets in their campaign against Obama’s healthcare programme.

“You may have noticed that all the Nigerian email scammers have become a lot less active lately,” Cruz said, according to the Houston Chronicle. “They all have been hired to run the Obamacare website.”

The comment before party faithful in Texas, drew the diplomatic anger of Nigeria and an apology was exacted from the senator.

Three weeks after, another American has run riot with her pen.

Ann Coulter, a rabid conservative ideologue, in an article posted in Yahoo(see links below), ridiculed Nigerians, curiously also in connection with Obamacare:

Here is an excerpt of what she wrote, the part that really concerns us, as Nigerians:

“Nigeria, for example, leads the world in criminal enterprises. Every level of Nigerian society is criminal, with the smart ones running Internet scams, the mid-range ones running car theft rings, and the stupid ones engaging in piracy and kidnapping. At the University of Lagos, you can major in credit card fraud…

For more, here is the link:http://news.yahoo.com/speak-nigerian-prince-health-care-press-1-now-000008077.html

Here is what Wikipedia says about Ann Coulter:
Ann Hart Coulter (born December 8, 1961) is an American conservative social and political commentator, writer, syndicated columnist, and lawyer. She frequently appears on television, radio, and as a speaker at public and private events.
Coulter rose to prominence as a talking head in the 1990s as an outspoken critic of the Clinton administration. Well known for her conservative political opinions and the controversial ways in which she presents and defends them, Coulter has described herself as a polemicist who likes to “stir up the pot”, and does not “pretend to be impartial or balanced, as broadcasters do”, sometimes drawing criticism from the right, as well as the left…

Coulter is the author of ten books, many of which have appeared on the New York Times Best Seller list, with a combined 3 million copies sold as of May 2009.
Coulter’s first book, High Crimes and Misdemeanors: The Case Against Bill Clinton, was published by Regnery Publishing in 1998. It details Coulter’s case for the impeachment of President Bill Clinton.
Her second book, Slander: Liberal Lies About the American Right, published by Crown Forum in 2002, reached the number one spot on The New York Times non-fiction best seller list. In Slander, Coulter argues that President George W. Bush was given unfair negative media coverage. The factual accuracy of Slander was called into question by then-comedian and author, and now Democratic U.S. Senator from Minnesota, Al Franken; he also accused her of citing passages out of context. Others investigated these charges, and also raised questions about the book’s accuracy and presentation of facts. Coulter responded to criticisms in a column called “Answering My Critics”.
In her third book, Treason: Liberal Treachery from the Cold War to the War on Terrorism, also published by Crown Forum, she reexamines the 60-year history of the Cold War — including the career of Senator Joseph McCarthy, the Whittaker Chambers-Alger Hiss affair, and Ronald Reagan’s challenge to Mikhail Gorbachev to “tear down this wall”—and argues that liberals were wrong in their Cold War political analyses and policy decisions, and that McCarthy was correct about Soviet agents working for the U.S. government. She also argues that the correct identification of Annie Lee Moss, among others, as communists was misreported by the liberal media. Treason was published in 2003, and spent 13 weeks on the Best Seller list.
Crown Forum published a collection of Coulter’s columns in 2004 as her fourth book, How to Talk to a Liberal (If You Must): The World According to Ann Coulter.
Coulter’s fifth book, published by Crown Forum in 2006, is Godless: The Church of Liberalism. In it, she argues, first, that liberalism rejects the idea of God and reviles people of faith, and second, that it bears all the attributes of a religion itself. Godless debuted at number one on the New York Times Best Seller list.[33] Some passages in the book match portions of others’ writings published at an earlier time (including newspaper articles and a Planned Parenthood document), leading John Barrie of ithenticate to assert that Coulter had engaged in “textbook plagiarism”.
Coulter published If Democrats Had Any Brains, They’d Be Republicans, in October 2007, and another, Guilty: Liberal “Victims” and Their Assault on America, on January 6, 2009.
On June 7, 2011, she published Demonic: How the Liberal Mob Is Endangering America, . Claiming to be largely based on the work of French social psychologist Gustave Le Bon, Coulter argues that liberals have mob-like characteristics.
Her next book, published September 25, 2012, is Mugged: Racial Demagoguery from the Seventies to Obama. It argues that liberals, and Democrats in particular, have taken undue credit for racial civil rights in America.
Never Trust a Liberal Over 3 — Especially a Republican, set to be released October 14, 2013, is her latest book.