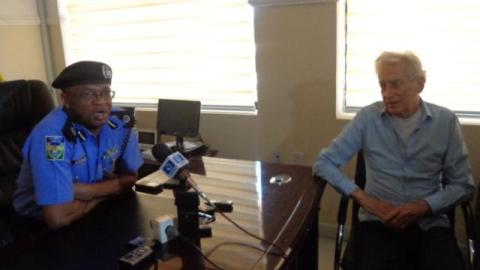 Francis Collomp, the French engineer captured by the terror group, Ansaru in Rimi village, Katsina state in Northern Nigeria, last year December, is photographed here(right) in Kaduna on Sunday, 17 November, after he escaped from his captors in a village near Dan Magaji, near the university town of Zaria.

Collomp has now been moved to Abuja from Kaduna. He will be handed over to officials of the French Embassy.