Stepanek in an encore, wins Davis Cup for Czech Republic 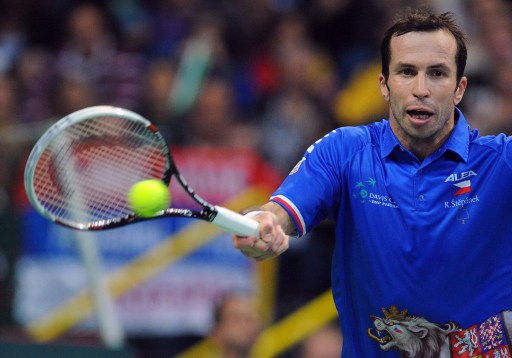 Radek Stepanek trounced Serbia’s Dusan Lajovic in three straight sets to clinch the Davis Cup for Czech Republic Sunday evening. The Czechs are the defending champions. And the victory means they have won the championship, back-to-back.

The decisive match was a mis-match in the first instance. The 23 year-old Lajovic is ranked 117, in contrast to veteran 34 year old Stepanek, who is ranked 44th, and who is less than two weeks to his 35th birthday.

Lajovic and replaced 36th-ranked Janko Tipsarevic, out with a heel injury, while 2010 champions Serbia also missed 76th-ranked Viktor Troicki over a doping ban.


On the hardcourt of the Belgrade Arena, the Czech Republic, playing the third Davis Cup final in five years, scored a ninth straight victory in Davis Cup ties.

Earlier on Sunday, Serbia’s world number two Novak Djokovic forced the decisive rubber as he beat seventh-ranked Tomas Berdych 6-4, 7-6 (7/5), 6-2 in two hours and 41 minutes for his 24th victory in a row.

A year ago, the Czechs beat Spain 3-2 in Prague for their first triumph as an independent country with Stepanek again winning the decisive final rubber.

Former Czechoslovakia, which split into the Czech Republic and Slovakia in 1993, won the cup in 1980.