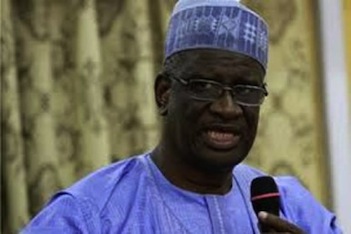 “The subcommittees will now make their programmes based on their terms of reference. They will get the budget and then we will start rolling,” Haliru said.

The announcement followed a meeting of the committee at the State House, Abuja.

He said the committee had not decided on the venue for the presidential declaration, adding: “we are considering a number of venues.

“We haven’t decided the format yet. It is one of the jobs of the subcommittees to decide the format and the procedure.

“When that is done, we will decide the appropriate venue for that kind of arrangement”.

According to him, each event will determine its own venue.

Meanwhile, Governor Theodore Orji of Abia has advised the president to heed the call of Nigerians to contest the 2015 Presidential Election and ignore any contrary advice.

Orji urged the president to ignore the advice of an Islamic cleric, Sheikh Abubakar Gumi, that he and APC chieftain Muhammadu Buhari, should not run.

Gumi said the two should not run because they were seen as religious leaders.

“Well, every person can say anything. You can advise somebody, it is left for that person to take your advice or not.

“That is a personal advice, but the general advice is for the president to contest,” Orji said.