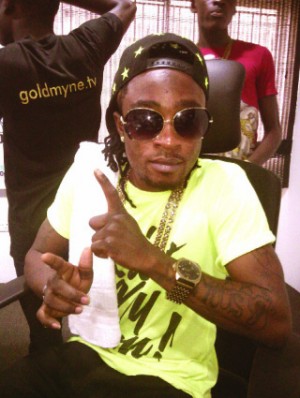 As he was being unveiled, the label also released a couple of songs he recorded under their label. The tracks are Owo Lose Igboro, Igboro and Story To Glory. His single Owo Lose Igboro has been making waves on radio stations and enjoying downloads on major blogs, while the video has also been enjoying same attention.

The Ekiti State-born singer said he has a lot of songs that can make up two albums but had to take things step by step.

“I will be going on musical tour of some states in Nigeria starting with Ekiti State on 31 October and I will be dropping my first album next year,” he said.

Iyke Kreez Onwe, label chairman, at a special unveiling session, described Famous as one of the acts that will rule the airwaves in a very short while.