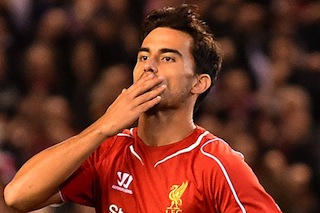 The 21-year-old — who has represented Spain up to Under-21 level — played just 21 times for Liverpool since he rejected an approach from Real Madrid to sign for them in 2010 from Cadiz.

“Everybody at Liverpool thanks Suso for his contribution and wishes him the best for the future,” the English club said in a statement.