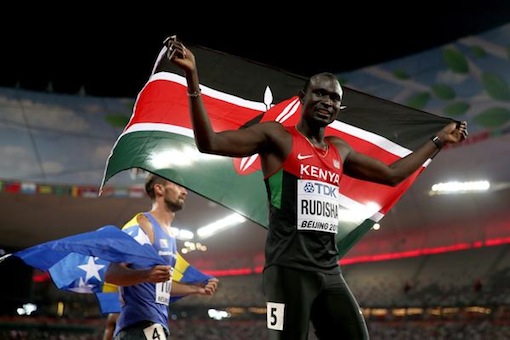 Nairobi (AFP) – Kenyan president Uhuru Kenyatta on Sunday congratulated the country’s athletes for their sterling performances at the world athletics championship in Beijing where Kenya won the global title for the first time.

Kenya topped the medal standings with a total of 16 medals, including seven golds, and beating athletics’ heavyweights, Jamaica and the United States into second and third positions respectively.

“Our young people have once again shown that they are as good as the world’s best and the brightest,” said Kenyatta in a press statement.

He urged for the strengthening of the national youth development to empower as many Kenyan communities in order to make Kenya to be more competitive in future international competitions.

Kenya, which has been dominant in the middle and long distance events, achieved rare wins in the men’s 400m hurdles and the javelin in Beijing for the first time.