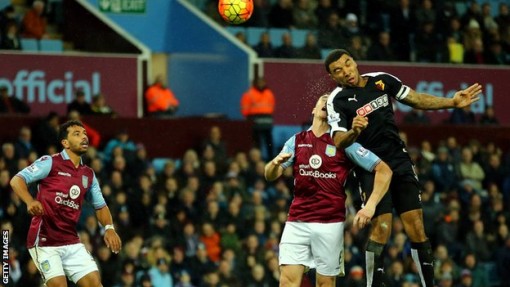 Odion Ighalo poked home to give the visitors the lead, but Micah Richards’ header levelled it before half-time.

The Hornets lost goalkeeper Heurelho Gomes to a head injury, but Alan Hutton’s own goal and Troy Deeney’s bullet header put them in control. Jordan Ayew’s shot found the corner to give Villa hope but they could not equalise in 10 minutes of injury time.

The results means Aston Villa, on five points, have equalled the league record for the lowest points tally after 14 matches of a season.

And no Premier League team has ever avoided relegation having accumulated five points or fewer after 13 games of a season.