Idris Elba storms Nigeria for Beast of No Nation premiere 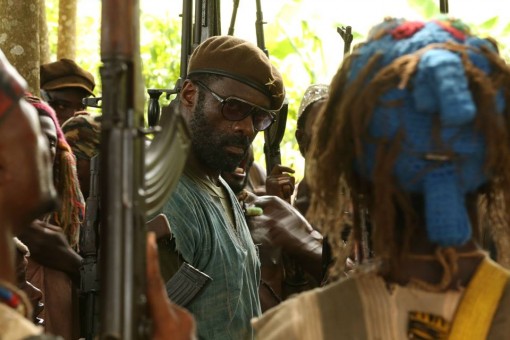 Idris Elba on the set of Beast of No Nation

Exactly three years after a visit to Nigeria as a guest of pop star, D’banj, British-born Hollywood actor, Idris Elba, is returning to Lagos, Nigeria, this time for the premiere of highly acclaimed movie, Beast of No Nation on Friday, 11 December.

The film, which stars Elba as the lead, had earlier been released on 16 October via streaming service Netflix, but it is debuting on the big screens across Nigerian cinemas from tonight.

Beast of No Nation, shot in Ghana, is an African war feature film adaptation of the well acclaimed 2005 novel of the same title written by Uzodinma Iweala, son of Dr. Ngozi Okonjo-Iweala, Nigerian former coordinating minister for the Economy.

The film, directed by Cary Fukunaga, follows the story of a young boy Agu (Abraham Attah) and his struggle for survival as his country goes through a horrific war.

The movie, which has been screened in Italy, London and Canada, has already earned Elba a highly coveted Golden Globes award and Screen Actors Guild Awards nominations.

Ted Sarandos, Chief Content Officer, Netflix Inc., described the movie as a disruptive success and has already been seen by 300 million viewers across the world.