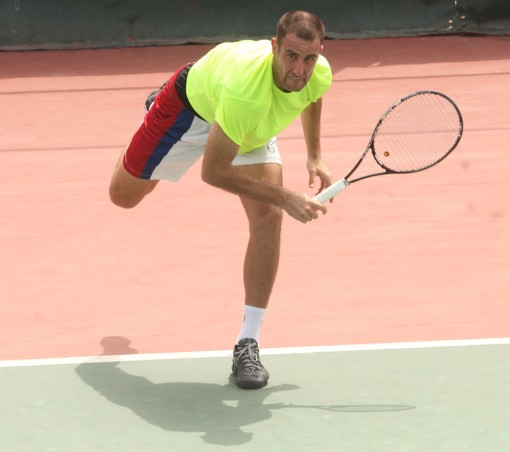 Right from the first round of the Main Draw eight seed Andrianjaftrimo showed her intention of being a champion with her style of play which saw her stopping top players standing on her way to glory.

She showed no mercy to her final opponent, 5th seed Tadeja Majeric of Slovakia who she defeated in 6-3, 5-7, 6-4 game at the Lagos Tennis Club, Onikan.

Men’s singles top seed, Setkic justified his rating winning his way to the final and defeating French Sadio Doumbia in one sided two straight set of 6-1,-6-0 in Saturday’s final.

Andrianjaftrimo described Majeric as a tough opponent. She however said that she was happy winning the Governor’s Cup the very first time she was coming to Lagos to play an International Tennis Federation (ITF) approved competition.

Meanwhile, the second leg of the competition (Futures 4) served off on Sunday with some qualifying matches, while the Main Draws will begin on Monday.

The grand finale of the championship will be held on Saturday, 19 December where the Minister of Sports, Mr. Solomon Dalung and the Governor of Lagos State, Mr. Akinwunmi Ambode are expected to be special guests of honour.