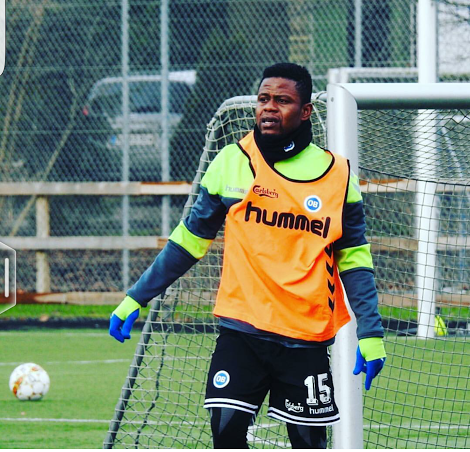 The 25-year-old who joined Amkar in Russia on a free transfer last Summer was handed number 15 jersey by Coach Kent Nielsen who says his new signing is a perfect fit for the club’s high-pressing game.

The Nigerian player formalised his transfer to Odense early this week.

“Izunna has for many years in Denmark proved that he is a top player,” Nielsen disclosed.

“He is fast and he is very skillful and balanced, which makes him really good in high pressure games.

“He is skillful on the ball in the central part of the field, and we know he can play at a very high level. He is the kind of player we are looking forward to having in the squad.

“He has been in Denmark for sometime now, he understands the Danish league very well and has won the title with Midjiytland in our league here before going to Russia,” he said.

Odense are currently seventh on the Danish Super Liga.

The former FC Ebiedei and Midtjylland star had played 11 games for Amkar in the Russian League in all competitions before the winter break.