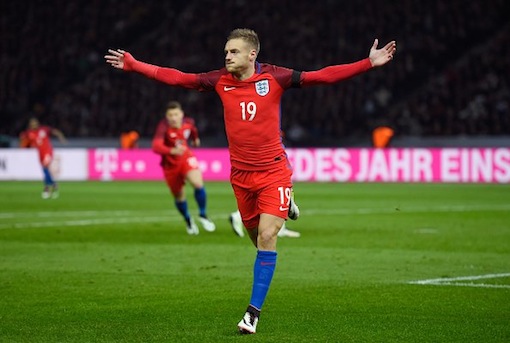 Leicester City striker Jamie Vardy is expected to decide whether to join Arsenal before England fly out to France for Euro 2016 on Monday.

England are due to leave Luton airport at around 11:30 BST.

Arsenal have reached an agreement with Leicester and offered Vardy a four-year deal with a significantly higher wage.

Leicester are reportedly in the process of offering the 29-year-old, who signed a new three-year contract in February, an improved deal of their own.

Vardy joined Leicester from Fleetwood for £1m in 2012 and helped the Foxes to the Premier League title last season, scoring 24 goals.