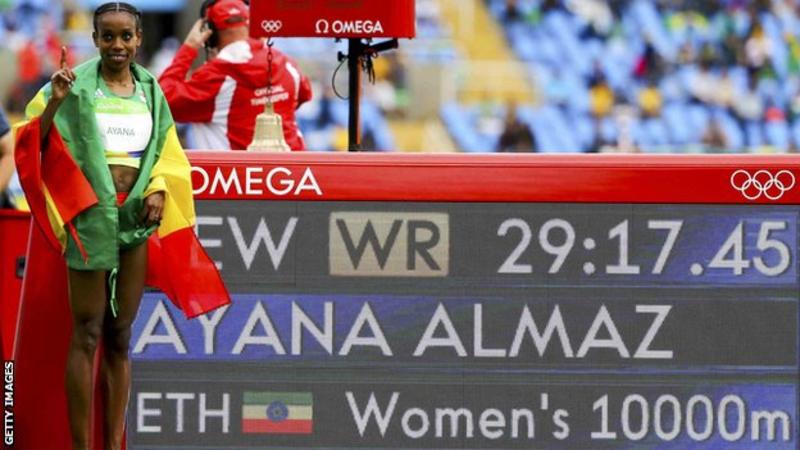 Ethiopia’s Almaz Ayana smashed the world record by over 14 seconds to win Olympic gold in the women’s 10,000m in Rio.

The 24-year-old, racing the distance on the track for only the second time, obliterated the field to finish in 29 minutes 17.45 seconds.

Defending champion Tirunesh Dibaba of Ethiopia only managed third but in a personal best time of 29:42.56 – one of 18 personal bests in the race.

Ayana had recorded the fastest 10,000m debut in history at the Ethiopian Olympic trials in June

“I found it tough out there,” said Pavey.

“I’m so honoured to have competed at my fifth Olympics, but in reality I am getting old. It was fairly humid. I would like to have been more competitive, but I gave my best and that is all I could do.”

She becomes the first woman to break a 10,000m world record at an Olympic Games.