Arsenal to send Jack Wilshere out on loan 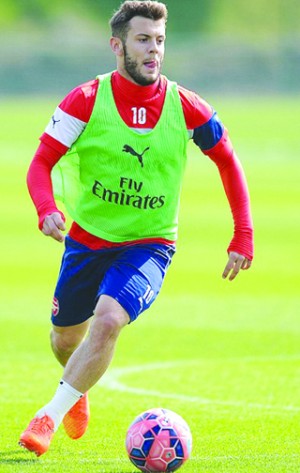 Jack Wilshere to be shipped out on loan

Arsenal are willing to let England midfielder Jack Wilshere go out on loan to get first-team football.

The 24-year-old, whose career has been plagued by injuries, only made three appearances for the Gunners last season after fracturing his left fibula.

He played six times for England over the summer – including three games at Euro 2016 – but was not named in Sam Allardyce’s first squad this week.

Wilshere, who has 34 caps, has only started 80 Premier League games for Arsenal, making two substitute appearances so far this season.

Wilshere has less than 48 hours to find a loan club before the transfer deadline. He could be the second established England international to move on loan this week, with Manchester City goalkeeper Joe Hart set to move to Italian side Torino.