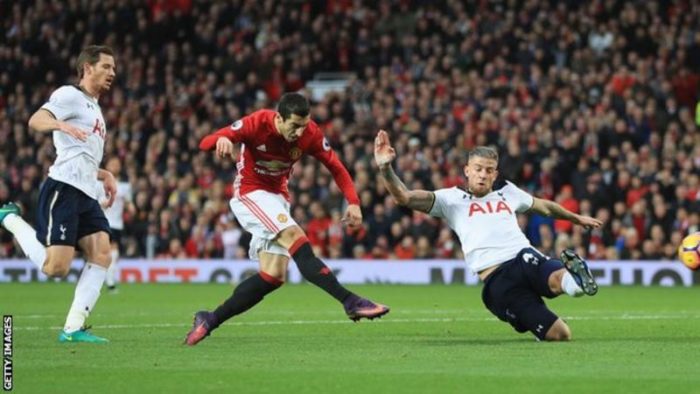 Henrikh Mkhitaryan formerly of United and Arsenal moves to Roma

United, still six points behind fourth-placed Manchester City, led when Mkhitaryan raced on to Ander Herrera’s through ball and hammered into the roof of the net.

Victor Wanyama should have levelled with a header from six yards out, although visitors Spurs created few chances despite plenty of possession.

Paul Pogba almost made it more comfortable for Jose Mourinho’s side when he hit a free-kick against the post, but United ended a run of three games without a win in the league.

The game ended in disappointment for Mkhitaryan, who was taken off on a stretcher with an ankle injury in the final 10 minutes at Old Trafford.