Why every Nigerian must know about MMM (1) 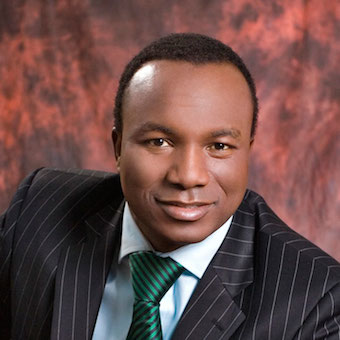 At about the same time our church, the Embassy of God, that used to be called in the 90’s the Word of Faith Church was making its strides on the historical landscape of the former Soviet Union, paralleled out of nowhere, the name MMM hit the air waves.

PONZI SCHEMES AND PYRAMIDS – WHAT ARE THEY?

Ponzi schemes and pyramids like MMM base their operations on the greed of men to make quick money without paying the price of hard work.
They entice new members and participants purely based on the desire of these participants to make quick money. Sergey Mavrodi himself is quoted as saying, MMM is a business built on exploiting people’s vice of greed and lust for money. Thanks to my ability to understand and speak Russian language fluently, I personally listened to Mr. Mavrodi in an interview in Russian language when he was saying this. According to him, his philosophy is as long as greed and lust for money is part of human nature, MMM will live. He says that there is nothing anybody can do in any country to stop his business, because people still want to have quick and easy money. Even today, on his MMM website, he gives a clear warning to all the participants that they could lose their money and yet people still go ahead and get involved. In Mr. Mavrodi’s mind which he openly speaks about, he is not cheating anybody and he is not robbing anybody, because according to him, he is sincere enough to tell them exactly what he is doing. So he says, I tell people what I am doing, they know they are involved in criminal acts, they know they are involved in pyramids, they know they are involved in frauds, so what am I doing wrong then? People are intentionally getting involved in something they know is evil and could go catastrophic at any time.

In Russia by the time his company was shut down, he had succeeded in attracting about 15 million people who put their money and eventually lost their money as a result. MMM is a known pyramid and Ponzi scheme network all over the world. It is actually renowned for it. More so the founder of the organization Sergey Mavrodi has been convicted for Ponzi scheme and has served jail term of four years. As a matter of fact, he is right now in hiding and operating MMM Nigeria and others while on the run from his own country Russia. Hence when you go to the page of MMM Nigeria, you will see where there is a warning that this MMM is not allowed in Russia, Kazakhstan and Belarus, because the founder is wanted in these countries.

WHY EVERY NIGERIAN MUST FIGHT AGAINST GET RICH QUICK SCHEMES

“We who have means and a voice must use them to help those who have neither.” ― Jennifer Donnelly.

There are some points that we need to underline specifically for the Nigerian public that could help answer a lot of unanswered questions.

1. Sergey Mavrodi being a mathematical genius and winner of several mathematical Olympiads while still a student in school, uses his knowledge and his superior intellect to manipulate the rather gullible populace.

2. Thanks to his intellectual prowess, it is not difficult for him to realize the power of mass media on the people. Sergey Mavrodi’s strength is in pouring a large percentage of the money he gets from people into advertisement and publicity.

3. The greatest attraction to MMM though is the thirty percent promised returns on a monthly basis. This is the standard Ponzi and pyramid percentage in almost every such scheme throughout history. To my Nigerian brethren, I want to ask, what you have done for you to warrant a reward or profit of thirty percent a month which could be up to three hundred and sixty percent in a year. Have you asked yourself where the money is coming from? Is it coming from heaven or dropping from the trees? Of course you know the answer – the money is not coming from production or sales, it is coming from your down line, the new people like you who are bringing in money.

4. If you are being paid from the money other people are bringing in, to a thinking mind that is enough reason for you to know that the whole project will collapse sooner than later. This is because whenever the input becomes less than the output that means more people are collecting their thirty percent from the company than those who are bringing in money, that marks the end of the system.

5. Right now, the operators of MMM in Nigeria and all over the world are busy pushing their guilders, managers and participants to keep on recruiting new members who bring in fresh money. That which first appears to them as success also carries in itself the seed of its demise. This is because the more people bring in money, the larger the amount of money that is asked for their thirty percent returns. Sooner or later you will have more people taking away from the system than are bringing into the system, marking the end of the whole scheme.

7. To my gullible and ignorant compatriots who innocently claim that MMM is God’s answer to the economic crisis of Nigeria, the truth is that with MMM, it is no more going to be economic crisis, it is going to be an economic graveyard. Right now in this economic crisis that the country is going through, people don’t have money and they don’t have jobs, but MMM has not created jobs, it has not provided productions, it has not brought any money into the country, so nothing has been done to improve the economic situation, which means nothing has changed. The only thing it has changed is that the little money you had to use for one thing or the other, is now being collected from you to be given to another person who uses that money as he sees fit. This is equal to robbing Peter to pay Paul.

8. The participants of MMM network, claim to just give money to each other, where is the money you are giving to each other coming from? Why didn’t you give that money to each other before MMM came if you are so kind? Of course it is because you are getting a mysterious thirty percent from where you don’t even understand. If you are truly an innocent person with integrity and character, you should ask yourself the question – where is this money that I am been given coming from? This is like saying that everyone who is accepting this thirty percent return will willingly participate in sharing the spoils of thieves and robbers. Do you know that that is already a criminal act by itself? Even though you might use other words to justify yourself, but this is actually what you are doing.

9. A lot of you think you are not doing anything wrong by participating in MMM. You think you are better than the armed robbers, thieves and corrupt politicians, but you are actually doing the same thing they are doing. The only difference between you and the thieves and robbers is they attack with guns and weapons to deprive you of your possessions. While you and your MMM companions don’t carry guns and weapons, yet carry a more subtle and dangerous weapon of deceit, lies and cunningness.

10. Yes, you cannot be arrested and charged directly as an armed robber will be, but so are the corrupt politicians. They too cannot be directly charged as armed robbers and thieves who come with weapons, but they are all as guilty, because they use the weapon of pen and manipulation of government numbers and budget. In my own opinion however, the participants of Ponzi schemes and pyramids like MMM are even worse, because the corrupt politicians steal from government coffers, but you steal from already poor and desperate fellow citizens in the most unsuspecting manner.

11. If the total amount of public servants in Nigeria is just about a million people, that means the number of people who are involved in MMM is much bigger than the number of our so called corrupt politicians, leading us to conclude that the devastating effect of such pyramid and Ponzi schemes like MMM affects a far larger number of Nigerians than what the politicians will ever do. In the case of the politicians, the citizens never actually know they are being deprived, but with Ponzi operators, they actually come to your pocket to take the last penny from you, making it impossible for you put food on your table. So it is an immediate and personal devastation.

12. To me personally, I think the biggest evil that groups like MMM bring to the country is the utterance and negative effects it brings to the culture and the value system of our people. These schemes propagates the culture of GETTING SOMETHING FOR NOTHING. These schemes discourage the virtue of DELAYED GRATIFICATION. Such schemes as MMM compel a large percentage of the population to believe that production is not necessary for prosperity. They cause people to begin to think that what they need for their wellbeing is money rather than hard work. They stiffen the creative potential of a nation and suffocate its industrial capacity. This is why I believe every Nigerian must raise their voice, to begin to not just discourage but propagate against these groups as social vices in our nation. It is a social vice that could pollute and have catastrophic consequences not just on the economy, but on the psyche of a whole nation.

“If you are neutral in situations of injustice, you have chosen the side of the oppressor. If an elephant has its foot on the tail of a mouse, and you say that you are neutral, the mouse will not appreciate your neutrality.” ― Desmond Tutu

Before I end this first part of my seven part article, I want you to take a look at this diagram that proves that even if MMM does not collapse immediately it will collapse eventually. This is because by the time it gets to the eleventh stage it is already more than the entire population of Nigeria so how will it be sustained? By the time it gets to the thirteenth stage, it is more than the population of the entire world.

This is to help those people who might still be in one sort of illusion or the other for a miracle to know that this is not a miracle matter at all. Either you pray or you don’t pray it will collapse. MMM is not coming from God at all, this is not God’s way.