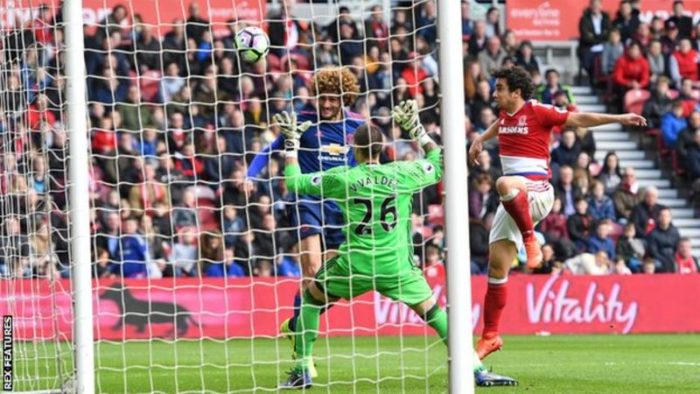 Manchester United moved up to fifth in the Premier League table with victory against Middlesbrough at the Riverside in Steve Agnew’s first game in charge.

Ashley Young’s deep cross found Marouane Fellaini at the back post to head past Victor Valdes, before Jesse Lingard’s terrific strike doubled his side’s lead after the break.

United invited pressure and when Chris Smalling made a mess of an easy clearance in the box, substitute Rudy Gestede pounced.

Jose Mourinho’s side leapfrog Arsenal and Everton into fifth, while Middlesbrough remain 19th in the table and are now five points from safety.