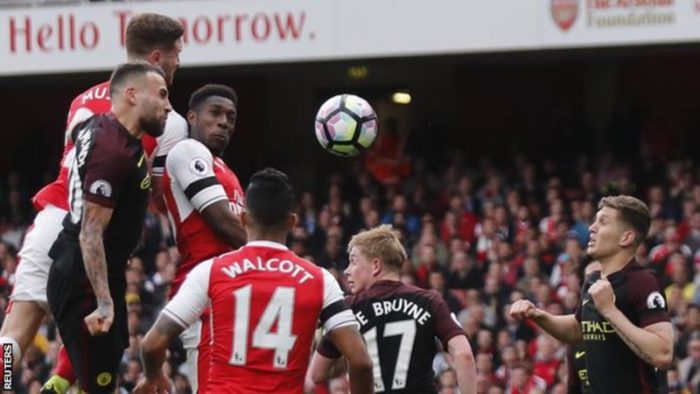 Arsenal and City players tangle for the ball

Arsenal twice came from behind to claim a draw which keeps them seven points behind Manchester City and a place in the top four.

Forward Leroy Sane put the visitors ahead after just five minutes but Theo Walcott prodded home after hesitant City defending from a corner.

Sergio Aguero took less than two minutes to fire Pep Guardiola’s side back ahead before half-time.

With Arsene Wenger’s immediate future still uncertain, the draw leaves the Gunners in sixth place, though they do have games in hand on the teams in the top four.

Arsenal have won one of their last six Premier League games.