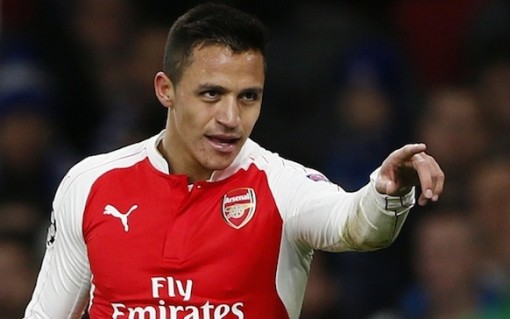 Arsenal forward Alexis Sanchez will not be sold to a Premier League rival, according to manager Arsene Wenger.

The 28-year-old Chile international, who scored Sunday’s FA Cup semi-final winner against Manchester City, has a year left on his Gunners contract but is yet to sign a new deal.

“I don’t think you would sell him to any Premier League club, that is for sure,” said Frenchman Wenger.

“But as I have said, I think he will stay and sign a contract.”

Wenger has yet to confirm his own future at the north London club, but says he is working on transfer targets for next season.

The 67-year-old is out of contract at the end of the season and has been offered a new two-year deal.

“I work until the last day of the season for the present and future,” he added.

“Transfer targets are the future of the club and are very important.”

He added: “That (my future) is secondary, what is important is the future of the club.”

Wenger said in February that he would decide on a new deal in March or April and later revealed “I know what I will do” and “you will soon know”.

However, no announcement has yet been made as Arsenal, sixth in the league, challenge to finish in the top four to secure a Champions League berth – during Wenger’s 21 years as manager, Arsenal have not finished outside the top four in the Premier League.

When asked about if there was an update on his future, when he would reveal his decision or whether events in the rest of the season would have an influence, Wenger said: “It’s a triple no.”