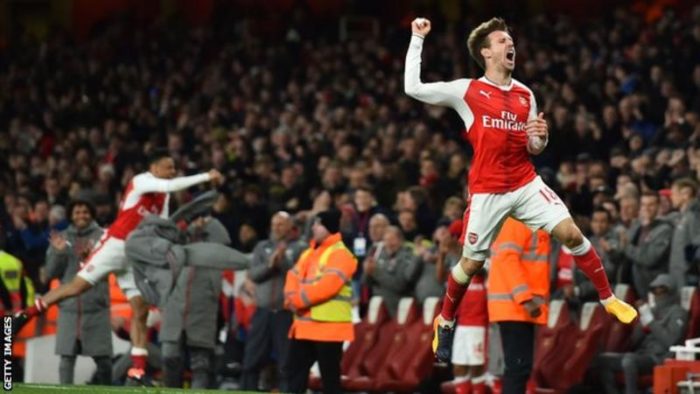 Arsenal kept up their top-four chase as a late Robert Huth own goal gave them victory against a stubborn Leicester side.

The home supporters at Emirates Stadium seemed set for a deflating evening before Nacho Monreal’s shot found the bottom corner via the German defender’s chest four minutes from time.

Alexis Sanchez had rattled the bar and been denied by Huth’s last-ditch challenge in the Gunners’ best chances before the goal.

But Leicester also threatened, with Riyad Mahrez bringing a superb save out of Petr Cech in the first half, and then had furious penalty appeals turned down at the death.

Arsenal are now three points behind Manchester United and four behind fourth-placed Manchester City having played the same number of games – at least one of the Manchester pair will drop points when they meet on Thursday.

Liverpool, in third, are six points ahead of the Londoners having played two more games, BBC reports.