Chelsea move closer to title with 3-0 thrashing of Everton 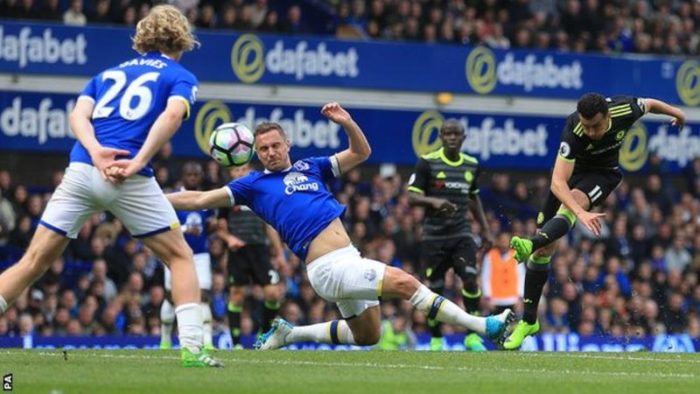 Chelsea had to be patient, with Pedro’s left-footed, long-range strike not coming until the 66th minute.

Everton had started brightly in a game that opened at breakneck speed, with Dominic Calvert-Lewin coming closest to scoring when he struck the post from a tight angle.