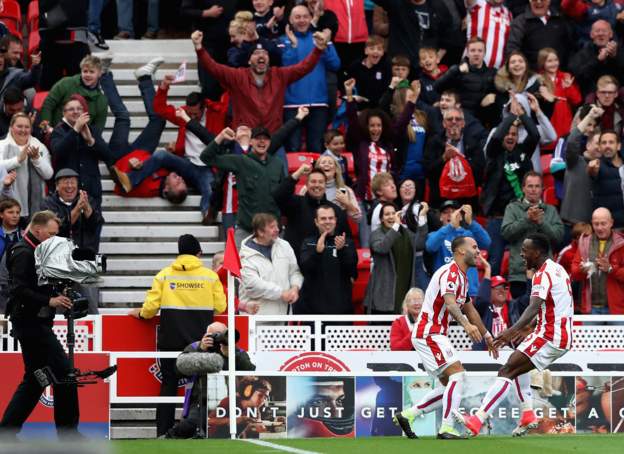 Arsenal have succumbed to a 1-0 defeat at Stoke City on Saturday as the gunners’ woes of winning a premier league title continue.

Jese Rodriguez scored the only goal of the match for Stoke City in the 47th minute of the game.

Jese on his debut for Stoke, having just signed on loan from Paris St-Germain, puts the Potters ahead, 90 seconds into the second half.

The finish is clinical. Played through by Saido Berahino on the right hand side of the Arsenal box, the Spaniard pings the ball past Petr Cech and into the far corner.

Arsenal thought they had equalised when Alexandre Lacazette rifled in, only for the France striker to be ruled offside.

The Gunners continued to press in the closing stages, but Stoke remained resolute to earn their first win of the Premier League season.