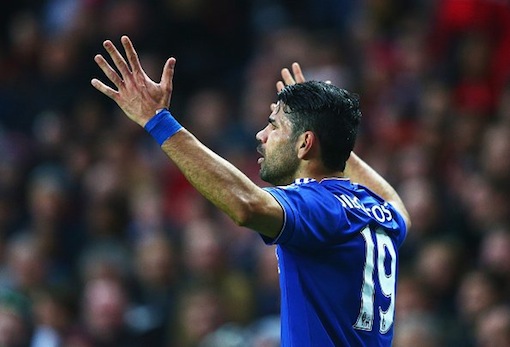 Diego Costa says Chelsea are demanding a fee Atletico Madrid “can’t get near” for the Spain striker to complete his desired move back to his former club.

Costa, 28, remains in his native Brazil after being sent a text in June by boss Antonio Conte telling him he would not be part of the squad this year.

The Blues signed Costa from Atletico for a reported £32m in July 2014.

On Friday, Conte laughed at Costa’s comments and added: “For me, it is in the past.

“Everyone in Chelsea knows very well what happened last season with Diego.”

A club spokesperson then interjected: “As a Chelsea player we’ve said he should return to Chelsea and that’s where we’ll leave it.”

“When I came to Chelsea they paid a lot less compared to what’s being offered to them,” Costa told ESPN Brasil.

He added that if Atletico do not make a “big effort” to sign him then he “can’t keep on wanting” to play for Diego Simeone’s side.

“I know that this [big effort] will happen, but if it’s to pay the amount that Chelsea want it won’t be possible,” he said.

Costa recently described his treatment by Premier League champions Chelsea as “criminal” and repeated his claim the club have demanded he return to train with the reserves.

He was given extra time off by Chelsea last month but has said he is now being fined for his absence.

“It’s already been one month. Holidays are good but it gets tiresome.”

However, Costa added that it would not be a “fair situation” if he was to return and try to regain his place because Conte is “annoyed” the striker revealed the text message sent by the Italian.

“It won’t be the same as before [between him and Conte] and we don’t know if the fight for the position will be fair,” he said.

“Because of me having exposed the [text] message I understand that he’ll be annoyed, so if I go back I have to see if things would be clean, just and correct.

“That’s how I like things. If I go back now I don’t think it will be a fair situation. It won’t be an honest fight for a position [in the team].”

‘I deserve to choose my next club’

Costa scored 20 goals in 35 Premier League games to help the Blues win the title last season but was left out of the side for an away match at Leicester in January after he was involved in a dispute with a fitness coach.

It followed reports of an offer from China that would have been worth £30m a year in salary, while Conte said last month that Costa was told in January he was not part of their plans for the future.

“When we heard Conte didn’t want me anymore, my agent went to find out if there was interest from Atletico for me coming back,” said Costa.

“Of course for the warmth and respect that I earned there, they showed interest, but they wouldn’t pay a fortune.”

Costa also claimed that Chelsea had offered him to several clubs but he feels they should “take into account everything [he’s] done” and let him pick his next side.

“If I’m not part of the manager’s plans, I would like to choose my destination – I’m not going to let them decide just to get more money.”