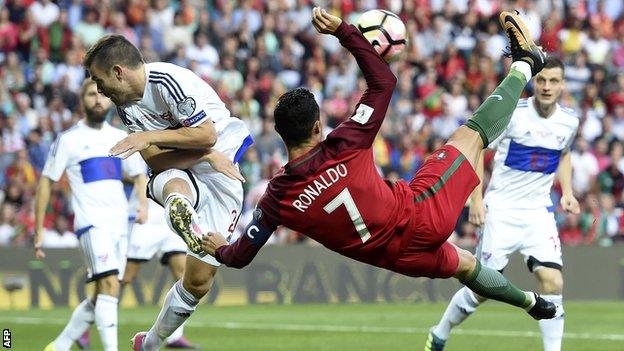 Real Madrid forward Ronaldo scored his 48th career hat-trick – and his fifth for his country – as Portugal beat the Faroe Islands 5-1 to strengthen their grip on the play-off spot in Group B.

His first was his best, a stunning third-minute bicycle kick following a right-wing cross from Manchester City’s Bernardo Silva.