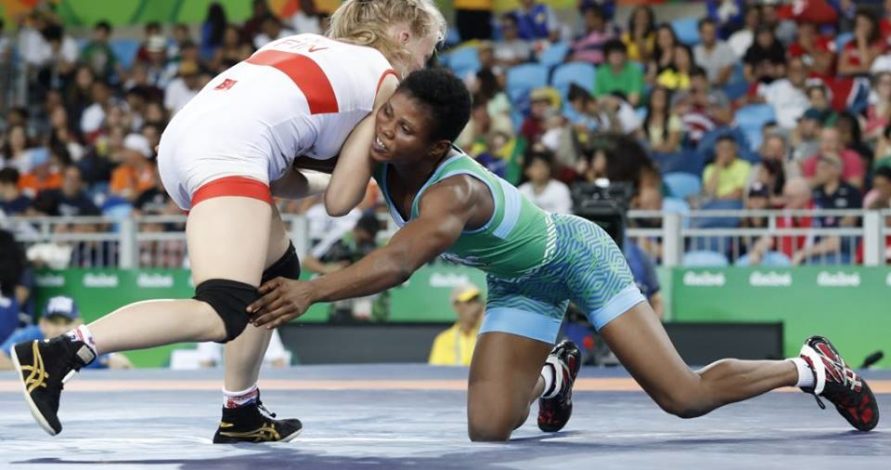 Nigeria’s female wrestlers have begun to prove their dominance in wrestling having won 10 medals at the ongoing Africa Wrestling Championships holding at the Alfred Diete-Spiff Civic Centre, Port Harcourt.

Each of the 10 wrestlers, who represented the country in the cadet freestyle, won a medal in this category which ended late on Wednesday night.

Purity Akuh, Team Nigeria Female Coach at the competition, said that this record tells a lot about Nigeria and the Nigeria’s Wrestling Federation.

Akuh said that it showed that they were putting so much effort into training and that it was producing good wrestlers.

“This result shows that we are on the right course and we will keep striving to record more success.

“The Youth Olympic Game is coming up later this year and this championship is also a qualifier to it.

“In this championship, our athletes took part in four of the weight categories that will be featured at the Youth Olympic Games,” Akuh said.

He added that prior to the championships he was thinking that each of all the 10 wrestlers would win a gold medal.

“With my assessment of them, I had boasted of 10 gold medals. I’m very sure what affected them all is lack of exposure.

“This championship is actually their debut at the international competition. With more exposures, they are all good to go and will conquer at future competitions,” he said.

The championship with contingents from 16 countries participating in different events will end on Feb. 11.

Also, contingents from some other countries were still being expected at the championship.

90 wrestlers, comprising males and females are representing Nigeria at the championship.