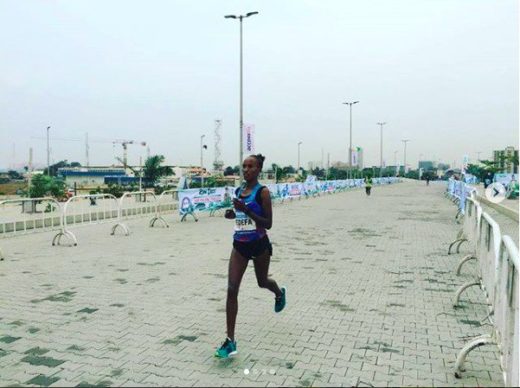 Rauf Abass, the personal coach of Oluwaseun Olamide, the third-placed Nigerian woman at Saturday’s 42km race in Lagos, said on Monday he was not disappointed with her position.

Abass, who specialises in middle and long-distance races, told newsmen in Lagos that Olamide worked very hard to ensure she emerged tops at the competition.

“I feel very happy, because third-place isn’t that bad. Just like last year, I was not disappointed in her performance.

He said all six of his athletes who featured did well, adding that hard work and commitment were the secret to their success.

In the Nigerian women’s category of the race, Deborah Pam came first with a time of 2 hours 59 minutes 03 seconds.

The Nigerian winners got N3 million, while the second and third-placed Nigerians in each category got N2 million and N1 million respectively.

Rose Akuso, Faustina Oguh and Onan Saleh emerged as the top three in the women’s category of the event.