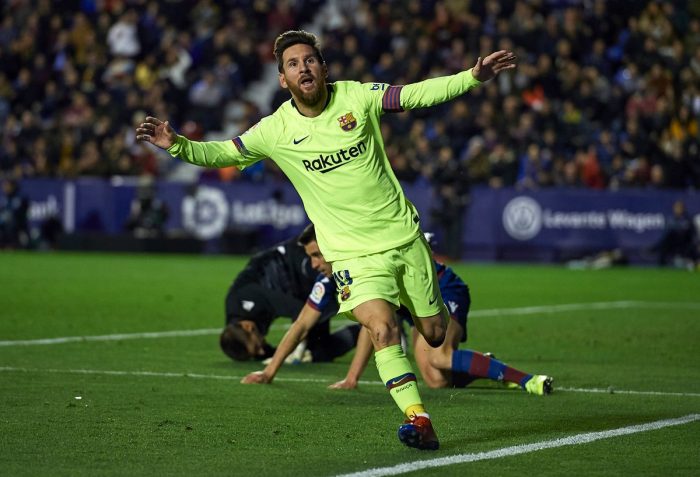 Lionel Messi scored a hat-trick and created another two goals as Barcelona thrashed 10-man Levante to regain a three-point lead at the top of La Liga.

The champions were joined at the top by Atletico Madrid and Sevilla, who both claimed victories this weekend.

But Messi stole the show once he crossed for Luis Suarez’s opener.

According to BBC, The Argentine converted two clinical finishes and popped home from close range, as well cutting the ball back for Gerard Pique’s late fifth.

Levante had defender Erick Cabaco sent off with 14 minutes to go for a straight red card after he recklessly lunged in on French winger Ousmane Dembele.

The hosts started brightly with striker Emmanuel Boateng smashing a shot against the crossbar and the Ghanaian also came close with a low, drilled effort towards the near post which Marc-Andre ter Stegen had to stoop to keep out, before Messi’s intervention.