Adebutu denies working for another party 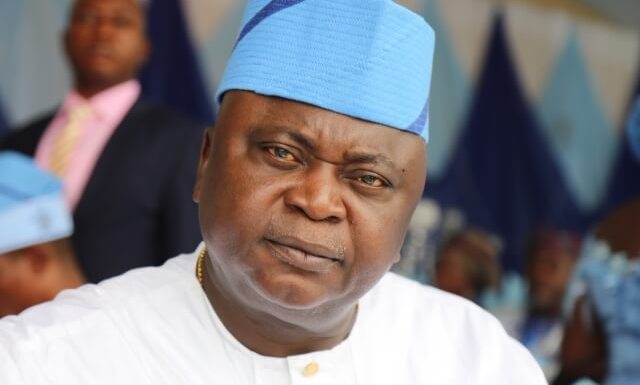 Hon. Oladipupo Adebutu, a member of the House of Representatives and Ogun State factional PDP governorship aspirant has denied reports that he has agreed to support another party in Saturday’s governorship election in the state.

Adebutu, in a statement on Sunday, issued by Afolabi Orekoya, Media Consultant, Ladi Adebutu Democratic Organisation, said at no point did Adebutu make such agreement neither did he promise any alliance with any party or individual within or outside the state.

“This unfounded rumour is in the wildest imagination of those who spread them and we encourage our teeming supporters to reject them and their failed mission.

“We understand that the rising popularity of Hon. Adebutu as a front runner in the contest, despite the legal battles which we believe will soon be rested , is giving other candidates sleepless nights, and are hoping to lean and rely on successes of Hon. Adebutu who is Ogun people’s best choice to realise their ambitions.

“But we find it essential to urge those in the sham publicity stunt to retrace their steps and focus wholly on selling their agenda to the people of Ogun State,” he said.

According to the statement, “Adebutu is committed to returning the state and her citizens to the path of prosperity and is busy engaging stakeholders on how to hit the ground running the moment he is declared winner in the March 9 elections on the platform of PDP.

“We. therefore, urge the good people of Ogun state to go out en masse on Saturday, March 9 to vote the Peoples Democratic Party (PDP) for Governorship and House of Assembly Candidate.”