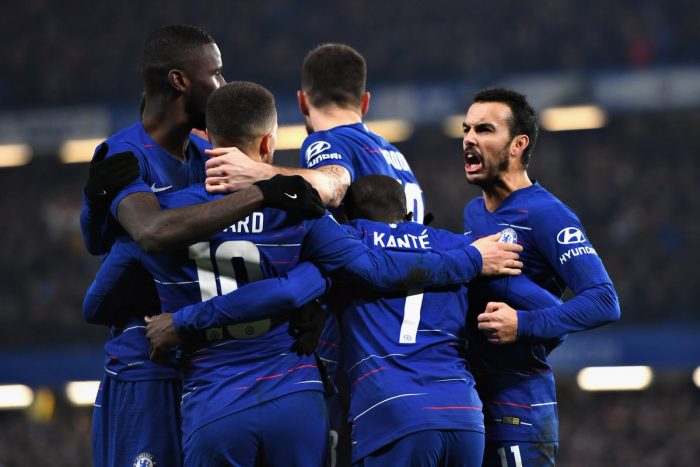 On-loan Argentine striker Higuain volleyed home Chelsea’s first after a perfectly-timed run on to a 21st minute cross by Cesar Azpilicueta overlapping with Willian down the right.

Yet barely six minutes had later Craven Cottage erupted when Calum Chambers drifted unmarked to the back post and scored from a Ryan Babel cross following a corner kick.

It was Parker’s first game in charge following the sacking of Claudio Ranieri, a former Chelsea boss, after less than four months in charge.

The jubilation was short-lived, as Brazilian Jorginho put Chelsea back in front in the 31st minute, thumping in a cut-back ball by Eden Hazard from outside the area.

Chelsea’s Kepa Arrizabalaga was back in goal after being dropped in midweek over his refusal to be substituted during last Sunday’s League Cup final.

He had to deal with a swirling wind off the Thames River and made a series of sharp saves from Aleksandar Mitrovic, Tom Cairney, Ryan Sessegnon and Joe Bryan.

Fulham were on top for significant periods of the second half and had a goal disallowed for offside but the result kept them 19th, 10 points from the safety zone.

Chelsea stayed sixth but moved to within a point of fifth-placed Arsenal.