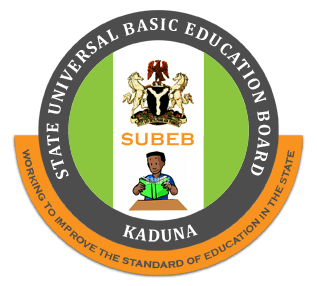 Kaduna State Universal Basic Education Board (SUBEB) said on Thursday that it would partner relevant civil society organisations and the media, to improve child protection and service delivery issues in basic schools.

The meeting was organised to equip journalists with relevant skills and information to create the needed awareness on the state government policies in the education sector.

Ibrahim noted that child abuse in public schools had remained high despite measures being taken by the government and its partners to address the incident of rape, child labour and all forms of child abuse.

He said that the collaboration with the CSOs and the media would help in a great measure, in tackling the problem and bringing the culprits to book.

According to him, the media will help in creating the needed awareness and exposing perpetrators of such crime.

“We equally need the media to provide the public with relevant information to the public, on activities of the board, and what it is doing to improve the quality of teaching and learning in schools.”

Ibrahim commended PERL for supporting Kaduna State to develop an inclusive education policy that would ensure children get quality education through improvement of teacher quality and school system.

Earlier, Mr Istifanus Akau of PERL said that the meeting was organised to leverage on existing media platforms in the state to increase public awareness on education policies and programmes.

Akau said the measure would help bridge the gap between the government and the public.

He identified poor teacher quality and low involvement of non-state actors in policy development, and school improvement programmes in the state, as some of the issues affecting the sector.

“The goal of the meeting is to strengthen the understanding of conventional and new media on education policies and programmes, with a view to building public confidence and trust on public education system.

“PERL facilitated series of engagements with School Based Management Committees (SBMCs), Parent Teachers Association (PTAs), civil society organisations in the 23 Local Government Areas (LGAs) of the state, as well as the media.

He said they are consolidating on community and media contributions to the development of the education sector in Kaduna state.

PERL Consultant on Education, Mrs Hadiza Umar, noted that despite government and development partners interventions in public education sector, not much has being achieved in terms of learning outcomes.