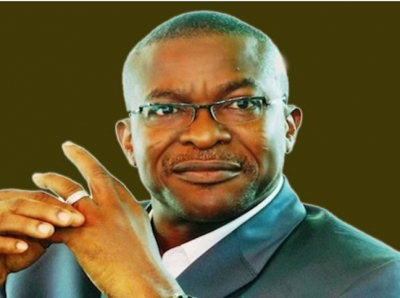 The All Progressives Congress (APC), in Edo State, has suspended one of its chieftains, Gen. Charles Arhiavbere (rtd), over alleged anti-party activities.

The party announced his suspension in a press statement signed by Felix Ehigiegba, Edward Oviawe, Chairman and Secretary of Oredo Ward 1 respectively and 20 others, and addressed to the party hierarchy.

According to the statement, the retired general worked against the re-election of President Muhammadu Buhari and other candidates of the party in the just concluded presidential and national assembly elections.

The statement said in part; “We wish to bring to the notice of the party hierarchy anti-party acts/actions carried out by one of the leaders of Oredo ward one APC- General Charles Airhiavbere during the last general elections held on the 23 February, 2019 (Presidential and National Assembly).

“Sir, it will interest you to note that on the 3rd of March, an enlarged APC leadership meeting was held, in that meeting, one of the leaders from ward one, Hon. Samson Abu openly revealed how Gen. Airhiavbere was involved in anti-party activities against the APC.

“Though Gen. Airhiavbere was unavoidably absent in that meeting. Based on series of complaints from different quarters abut Gen. Charles Airhiavbere’s actions of late towards the party, an investigative panel was set up to find out the true picture.

“The panel having sat and carefully investigated the allegations, came up with these findings and recommendations:

“General Charles Airhiavbere on the day of election deliberately withheld tags and other party tools meant for agents and APC faithful thereby hindering their work on the field.

“That Gen. Charles Airhiavbere openly canvassed for votes for the opposition PDP and thereby worked against our candidates-the President and our National Assemblies candidates.

“That Gen. Charles Airhiavbere openly told our party agents and loyalists that they should make sure APC did not win.

The statement added that based on Airhiavbere’s “unpardonable actions against the APC and coupled with hard evidence against him,” the ward members passed a vote of no confidence on him and he is suspended indefinitely from the party.

Responding to inquiry from our correspondent on phone, Arhiavbere described his alleged suspension as a gang-up to discourage him from contesting the next governorship election in the State.

Airhiavbere said there has never been a time he worked against the interest of the party stressing that the allegations are the handiwork of his political enemies.

He noted that Governor Godwin Obaseki also lost his ward during the presidential and national assembly elections, hence, he couldn’t have been suspended for not winning his ward.

He said: “Am not aware of that, I don’t know what could have led to that. There are laid down procedure in APC constitution. If that has not been followed, then there must be a gang up or coup to discourage those they see as threat.

“Definitely, it has to do with the 2019 governorship election in the State. That must be a sinister movement against those perceived to be a threat. It is a case of let us take down the heavyweights, let us take them down now. That is politics, but that is not democracy. But, if we are practicing democracy, let us practice it right.

“There are laid down procedures. [Learning about my suspension] is not even supposed to be in the press, it is supposed to be from the ward. Nobody has invited me, nobody has discussed anything with me or that I failed to show up.”

When asked if he truly campaigned for the opposition, Arhiavbere asked; “Where’s the evidence? I spent my money to host people in my house, all the youths that came to vote. I am the only person who has an active campaign office, right behind the voting unit at Oredo. That’s the rallying point.

“It is a case of calling the dog a bad name to hang it. I didn’t contest, so, why should I be singled out? I was not funded to lead any campaign, neither did I hold back any campaign money. There must be a strategic calumny to discourage me from contesting, that is where is coming from.”