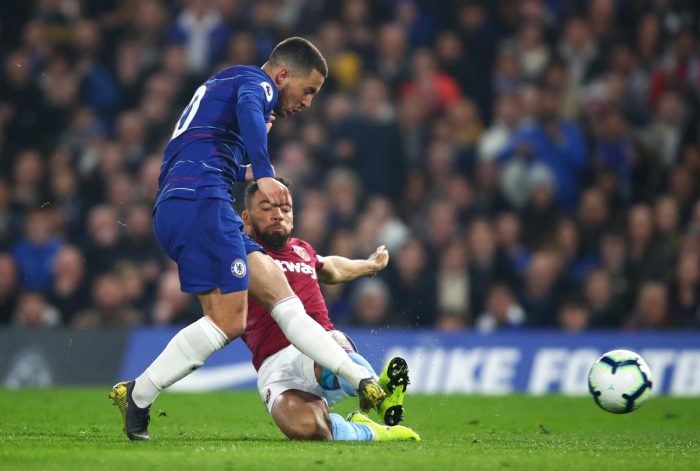 Eden Hazard scored a brace as Chelsea beat West Ham to climb above Tottenham and Arsenal into third spot in the race for a Champions League place.

Hazard, who has been strongly linked with a move to Real Madrid this summer, evaded five players during a stunning run, before the forward calmly beat keeper Lukasz Fabianski.

According to BBC, the Belgian added a late second goal to cap a magnificent individual performance in an entertaining game.

Gonzalo Higuain hit a post, while Hazard was denied a penalty after what looked like a foul by Marko Arnautovic, with Argentine midfielder Manuel Lanzini going closest for West Ham with a shot which was beaten away by Kepa Arrizabalaga.

Chelsea, who can still qualify for next season’s Champions League by winning the Europa League, are three points ahead of fifth-placed Arsenal, who have a game in hand, after a third successive league win.