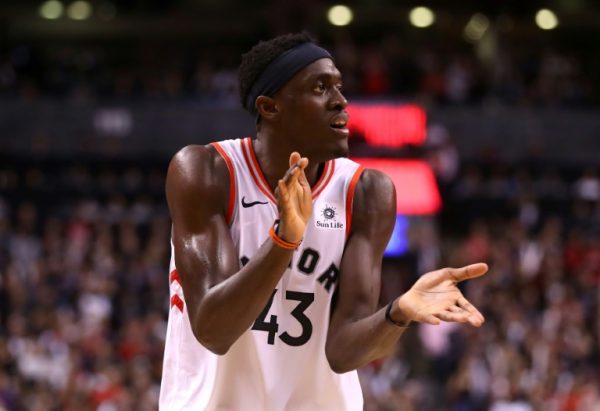 The Toronto Raptors took down defending champions Golden State Warriors in the NBA finals, claiming a stunning 118-109 win in Game 1 on Thursday.

The Raptors owed much of their success at Scotiabank Arena to Pascal Siakam from Cameroon. They now hold a 1-0 series lead going into Game 2 on Sunday in Toronto.

Siakam, the 25-year-old forward scored a team-high 32 points on 14-of-17 shooting and was virtually unstoppable getting into the paint, even when Draymond Green was on him, livescore.com reported.

“We’ve got a lot of bodies, we’ve got guys just willing to move and play defense and we use it to our advantage,” Siakam told ESPN after the game.

“We’re doing a pretty decent job, there are some possessions there where we made some mistakes, but for the most part we played solid.”

Siakam’s performance was needed as Kawhi Leonard was not at his best, constantly double teamed and trapped outside the arc by the Warriors.

Despite that focus on Leonard, he still scored 23 points and added eight rebounds and five assists in the win.

Stephen Curry led the Warriors with 34 points on eight-of-18 shooting.