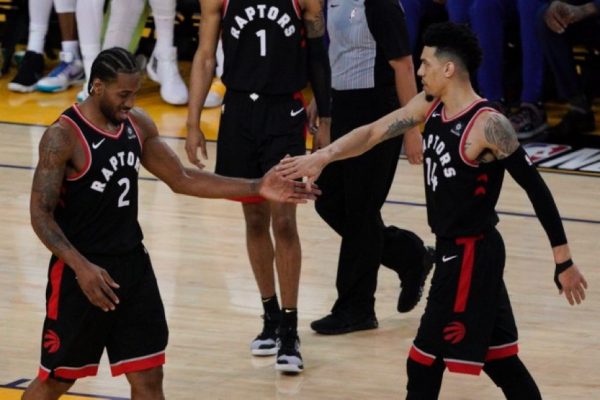 The champions were shorthanded though.There were no Klay Thompson, no Kevin Durant, no Kevon Looney.

The visitors took advantage of Warriors weakness to notch another stunning win and go one step further to fulfill their dream of winning their first championship in franchise history. They defeated the Warriors 123-109 in Game 3 on Wednesday and grabbed a 2-1 series lead in the NBA Finals.

The Raptors received a complete performance from its starting five, reported USA Todsy.

Kyle Lowry had his best game of the series with 23 points and nine assists, and Danny Green’s three-point shooting was impressive: 6-for-10 for 18 points. Pascal Siakam had 18 points, nine rebounds and six assists, and Marc Gasol added 17 points six rebounds and four assists.

The Warriors trailed by as many 17, including 115-105 with 2:28 left in the fourth quarter. Curry could not help salvaging the situation.

Game 4 will be on Friday at the same venue before the fifth game moves to Toronto. The Warriors cannot be comforted by the Finals historical antecedents: Teams that win Game 3 of the #NBAFinals  when tied 1-1 have won 81.6% of the series (31-7)

The Warriors had turned around this kind of adversity before when they were down 2-1 in the Finals in 2015. They went ahead to win three consecutive games to defeat Cleveland.